2014 Superintendent of the Year Award 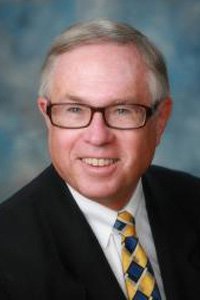 The Superintendent Advisory Council at the Graduate School of Education and Psychology (GSEP) named Dr. Don Brann, State Trustee of the Inglewood Unified School District, as the 2014 GSEP Superintendent of the Year.

Dr. Brann has more than four decades of experience in California public schools. He founded the California Small School Districts' Association and was selected as one of the Top 100 School Leaders in North America.

Dr. Brann was chosen for this Pepperdine honor based on his leadership and judgment as an educational and his determination to strengthen ties within schools and communities.

GSEP was please to welcome State Superintendent of Public Instruction, Tom Torlakson, to the dinner.  Superintendent Torlakson was on hand to applaud Dr. Brann on this latest accomplishment.

2013 Superintendent of the Year Award 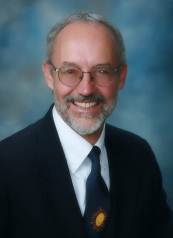 Dr. Johnstone assumed the helm of the Wiseburn School District in 2008, after more than 28 years of service in the Lennox School District. He launched his education career as a middle school social studies teacher in 1980. During the course of his career he has served as a middle school counselor, an elementary assistant principal and principal, a Director of Curriculum, Instruction and Assessment, and ten years as the Assistant Superintendent of Human Resources. All of the above experiences were served in Lennox.

Dr. Johnstone has a passion for learning new things. He earned his Bachelors Degree in history at the University of Santa Clara, a Masters Degree in Latin American History from UCLA and a Masters Degree in Counseling from Loyola Marymount University. He received a doctorate in Institutional Management in 1997 from Pepperdine University's Graduate School of Education and Psychology.

Dr. Johnstone comes from a family of educators. Three of his sisters are teachers and his wife, Terry, is a first grade teacher at Anza Elementary School in Wiseburn. Together with Terry, Dr. Johnstone has lived in Westchester for 25 years. They have four children. Amanda is a graduate of Loyola Marymount University, Christina graduated from the University of San Diego, Christopher is a sophomore at Seattle University and Stacey is a junior at Notre Dame Academy. Both Christopher and Stacey attended Anza Elementary School in Wiseburn.

Dr. Johnstone believes strongly in giving back to his community, and most specifically, activities that support children. He coached Little League girls softball for ten years and served as the Vice President of Westchester Del Rey Girls Softball League. He also coached AYSO soccer.

Dr. Johnstone serves on the Board for St. Margarets Center in Lennox and is Chairman of the Board for Diabetic Camping and Education Services, which supports outdoor science programs for children with diabetes. He has been an active member of the Hawthorne/LAX/Lennox Rotary Club for the past twelve years.

Dr. Johnstone loves working in the field of education, and every day of his 33 year career has an impact on his role as a superintendent.

2012 Superintendent of the Year Award 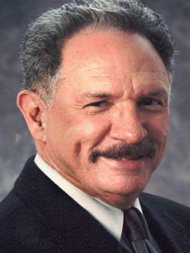 The Pepperdine University Graduate School of Education and Psychology (GSEP) Superintendent Advisory Council is pleased to announce the selection of Dr. George J. McKenna III, superintendent of the Los Angeles Unified School District (LAUSD), Local District 7 as the recipient of the 2012 Superintendent of the Year Award. Dr. McKenna was honored on Thursday, January 26, 2012 at Tarpy's Roadhouse in Monterey, California.

Dr. George J. McKenna III began his career as an LAUSD math teacher and navigated his way to an appointment as principal of Washington Prepatory High School in South Central Los Angeles. In a matter of four years, he successfully changed an inner-city high school that had been torn by violence, low achievement and lack of community confidence into a school with an attendance waiting list, and nearly 80% of the graduates enrolled in college. He left LAUSD to lend his expertise to several districts. He served as Superintendent of the Inglewood Unified School District in California, Deputy Superintendent in Compton, California, Local District Superintendent in the Los Angeles Unified School District, and Assistant Superintendent of Secondary Schools in Pasadena, California. In 2009 he returned to Los Angeles Unified as Local District 7 Superintendent serving nearly 65,000 students in over 70 Title I eligible schools in central Los Angeles. During his tenure, he was able to accomplish double digit API test score growth in 75% of the schools with one achieving 900 and several exceeding 800 despite successive and severe annual budget and personnel reductions, increases in class size, and loss of professional development resources. Because of these accomplishments, Dr. McKenna is the subject of the award-winning CBS television movie entitled, "The George McKenna Story" starring Denzel Washington. 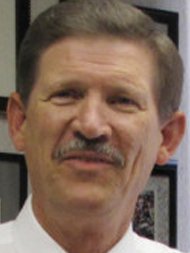 Referred to as "Reverend" by his colleagues, Dr. Larry L. Powell is distinguished by his well-rounded background. He's a minister, singer, golfer, gymnast and motivational speaker delivering over 2700 speeches throughout California. Powell also serves on 12 non-profit boards and as a Member of the Board of Trustees for Fresno Pacific University where he also taught as a member of the Adjunct Graduate Faculty. He is on numerous advisory boards for California State University, Fresno. He is currently the Chair of California's Fiscal Crisis Management Assistance Team (FCMAT).  Powell made headlines last year when he forfeited $800,000 of his salary over three years to help his struggling district. 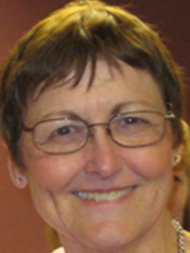 Upon graduating from USC, Dr. Susan C. Parks began her teaching career at LAUSD. She saw how important quality leadership was for the success of schools, teachers, students and families and set her goal to become a principal and eventually superintendent. Her first step towards realizing this dream was her appointment as principal of Walnut Grove Elementary School. Parks became K-12 curriculum director, elementary education director, assistant superintendent, for educational services and personnel services and deputy superintendent in Simi Valley. In 1997, she became superintendent of the Baldwin Park Unified School District where she established the "I'm Going to College" program. When she retired in 2002, she took on the responsibility of program director for Pepperdine University's new Educational Leadership, Administration, and Policy (ELAP) doctoral program, for her a valuable time of learning as well as teaching. In 2006, Parks gave up her retirement to become Interim Superintendent of the San Gabriel Unified School District. After over four years of service, she retired in December of 2011.

2011 SUPERINTENDENT OF THE YEAR

AND SUPERINTENDENT'S OF DISTINCTION

Cynthia Cervantes McGuire has served the Azusa Unified School District for 36 consecutive years, six of those as superintendent. She joined the District in 1975 as a teacher at Lee Elementary. In 1982, she became principal of Hodge Elementary and later served as principal at Gladstone Street and Longfellow Elementary schools. In 1999, she was named Director of Student Achievement K-5 and in 2000 became the Assistant Superintendent of Educational Services. In January of 2005 she assumed the role of Superintendent.

Ms. Cervantes McGuire is a graduate of the University of La Verne, where she completed both her bachelors and masters degrees. She has received numerous honors including being named Azusa Unified Manager of the Year and the Bilingual Administrator of the Year. She also serves on the Board of Directors of the Azusa Chamber of Commerce.

In the past seven years the Alliance has launched 18 highly successful small charter schools that are performing among the top achieving schools in Los Angeles Unified School District and has raised $146 million in public and private grants for facilities, school and corporate operations. Of the 11 LAUSD secondary schools recently named as prestigious California Distinguished Schools in March 2009, four are Alliance high schools. Ms. Burton is a former LAUSD local district Superintendent and has led numerous districtwide reform efforts. She is the current president of The College-Ready Promise, a Bill & Melinda Gates $60M teacher effectiveness initiative in Los Angeles. Judy was named a 2010 James Irvine Foundation Leadership Award Recipient for inspirational leadership in California. She earned her bachelor’s degree from the University of California, Los Angeles and her master’s Degree from California Lutheran College. 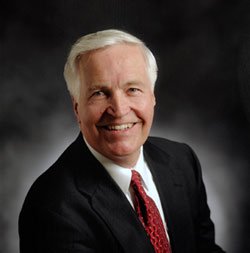 Mr. Bill Habermehl is now in his third term as Superintendent of the Orange County Department of Education He began his career in education over four decades ago as a science teacher and football coach in the Garden Grove Unified School District. His experience encompasses teaching, coaching, site and district administration, and 30 years working with the senior management team of the Orange County Department of Education as Associate Superintendent overseeing Alternative Education, Instruction, Technology, Child Development, and Outdoor Education Services.

As host of his monthly television show, Spotlight on Education, and author of various educational publications, Mr. Habermehl constantly seeks and embraces innovative ways to engage educators and all facets of the community.

Bill and his wife, Holly, have been Orange County residents for 42 years. They are the proud parents of three grown sons, all educated in the Orange County public school system, and have seven grandchildren who inspire them on a daily basis.

Each award recipient will be honored at the annual Pepperdine University "Celebrating California's Superintendents" dinner in Monterey, CA, on January 26, 2011.

2010 Superintendent of the Year 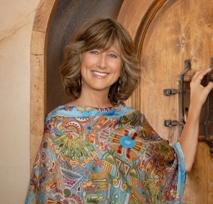 A life-long resident of Ventura, Dr. Trudy Arriaga began working for the Ventura Unified School District in 1975 as a paraeducator. Her journey toward the role of superintendent includes teaching grades three through adult in special education, migrant education, and adult education, as well as serving as an assistant principal, principal, and director of administrative support services. Arriaga is the first woman superintendent of the Ventura Unified School District, the third largest district in the county.

In her district, Dr. Arriaga dedicates resources and systems to ensure English learners have equal access to curricula and instructional opportunities that promote high student achievement. With Arriaga’s leadership, 21 of Ventura’s 25 traditional schools increased their API scores in 2009.

Dr. Arriaga is the past president and current member of the Ventura Education Partnership (VEP), a community based organization that sponsors educational grants for district teachers. She is a member of the Association of California School Administrators, and recipient of the Region 13 Superintendent of the Year award for 2009. Arriaga is also involved with the California Association of Latino Superintendents. She earned a master’s in Educational Administration and Supervision from Cal State University, Northridge; and a doctorate in Educational Policy, Planning and Administration from the University of Southern California. 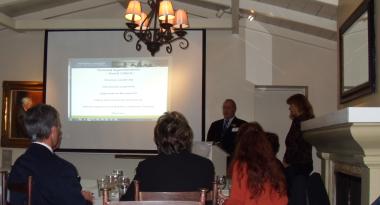 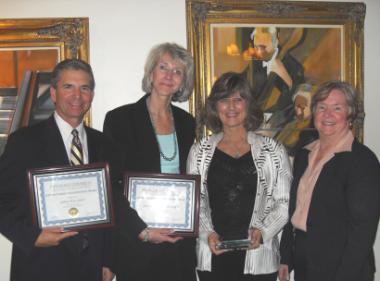