Leadership Lessons from the Bench 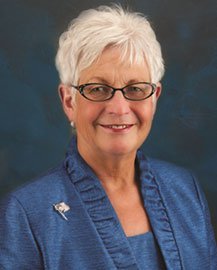 Deanell Reece Tacha is a retired United States federal judge who served on the United States Court of Appeals for the Tenth Circuit. She was the Dean of the Pepperdine University School of Law from 2011-2017. Born in Goodland, Kansas, Tacha received a B.A. from the University of Kansas in 1968 and a J.D. from the University of Michigan Law School in 1971. She was a White House Fellow, special assistant to the Secretary of Labor at the U.S. Department of Labor from 1971-72. She was in private practice in Washington, D.C. and Concordia, Kansas from 1973-74. She then served as Director of the Douglas County Legal Aid Clinic in Lawrence, Kansas until 1977. She was also on the faculty of the University of Kansas School of Law from 1974-85. On October 31, 1985, Tacha was nominated by President Ronald Reagan to a new seat on the United States Court of Appeals for the Tenth Circuit created by 98 Stat. 333. She was confirmed by the United States Senate on December 16, 1985, and received her commission the same day. She served as Chief Judge of the Circuit and She also served as a member of the U.S. Sentencing Commission from 1994-98.

For more invitation and details for future events please contact: