Heart in the Right Place

Although we continue to grapple with the scars of centuries of social injustice, a raging pandemic, and just a general sense of uncertainty and division in society, I find comfort when I consider Israel's King David and his role in constructing a temple for God. The verses I frequently turn to were words spoken by his son, Solomon, after the temple's construction and come from 1 Kings 8:17-19:

Intentions still matter. We know from other parts of the Bible (1 Chronicles 17) that David turned his thoughts to building a temple for the Lord, finding it improper that he, the King, lived in a palace while the house of God was a mere tent. Further, we know that David had his shortcomings—adultery and murder (2 Samuel 11). But the Lord still told David it was good that he wanted to build a temple in God's honor. It is only because of the Lord's grace and mercy that we can endure the hardships and challenges of life that we sometimes bring on ourselves.

God's plans may be different. Despite David's noble intentions and the utility of his goals, he would not be the one to bring them to fruition. The shortcomings described above notwithstanding, God still blessed David by allowing his son Solomon to be the temple's ultimate builder (see also 1 Chronicles 22).

Be open to changing roles. Even though David would not be the one to build the temple, scripture tells us he gathered the required materials and prepared the plans his son would need. Only after all those dedicated materials were brought into the completed temple did Solomon speak, recalling the words of the Lord to his father in 1 Kings 8:17-19 before the assembled Israelites.

When I entered GSEP, like many of you, I had grand designs and great plans for changing my little corner of the world. The details of those plans are not so important now, but as I sit home socially distanced, I find myself going back to that line from author and social activist, Langston Hughes, "what happens to a dream deferred?" But I don't despair. I look to God's word and reflect on the lessons from David's temple experience. I don't know what's next for us all—none of us do, but what I do know is I want the Lord to be able to say to me that my heart was in the right place, whether I build some great temple to justice, peace, and unity, or merely gather materials for the next generation. 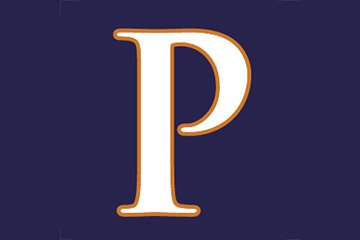