ABA therapy is a popular treatment for people with autism spectrum disorders or other developmental disabilities. Applied behavior analysis is based on the theory that behavior can be changed by reinforcing desired behaviors and reducing undesired behaviors. ABA therapy has been found to be effective in treating autism, but it is also controversial. Some critics argue that ABA therapy does not address the underlying causes of autism and that it can be harmful to children.

Much of the controversy around ABA therapy comes from misconceptions about the treatment. We will dive into seven of the most common myths about ABA therapy and dispel them once and for all.

What is ABA therapy?

ABA therapy is a treatment for individuals with autism. The goal of ABA therapy is to increase behaviors that are helpful and decrease harmful behaviors. This method has been proven effective at teaching communication skills to children with autism.

Therapists have been using ABA since the 1970s to help children with autism spectrum disorders, and as research has continued over the years, techniques continue to evolve and improve.

The "ABCs" of applied behavior analysis are antecedent, behavior, and consequence.

Understanding this sequence is a foundation of ABA and helps us to understand why behaviors occur in the first place, and why they continue over time. When the therapist has a strong understanding of the context in which a behavior occurs, they can create an effective Behavior Intervention Plan.

Antecedent: The antecedent refers to what happens right before the behavior happens. It could be a verbal command or request, something physical in the environment that triggers a behavior, or a thought or feeling.

Behavior: The behavior itself is the action that we want to change.

Consequence: The consequence is what happens directly after the behavior. Consequences can be positive, negative, or neutral.

A behavioral analyst might use positive reinforcement to help someone learn how to brush his teeth properly. He could start by asking the client what he enjoys about brushing his teeth. This helps him understand why it’s important to do it. Then, the therapist may give the client a small reward each time he brushes his teeth correctly. Over time, the client will build the habit of brushing his teeth regularly.

The concept of ABA is used widely throughout everyday life, although people may not even realize they're using it. A parent may use positive reinforcement by allowing their child to have dessert only after they've put their dinner dishes in the sink. Many school teachers use principles of ABA as part of their classroom management system when they allow children to pick from a "prize box" after they've had a really great day or followed directions. Something as simple as acknowledging your spouse with a thank you for taking out the trash encourages them to repeat the behavior in the future. 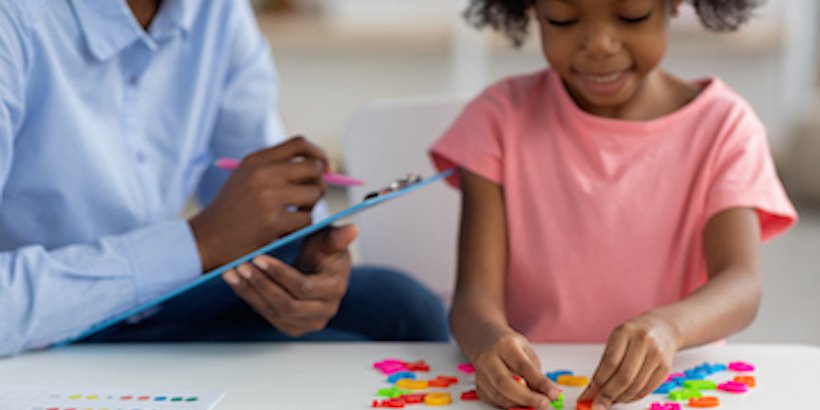 Even though ABA therapy has been around for 5 decades and has been shown to be an effective method for helping individuals cope with difficult behaviors, there are still many myths and misconceptions that surround the therapy. It's important to clear up misinformation so it doesn't become a barrier for those who need therapy.

Numerous studies have proven that ABA is an effective therapy for individuals with autism. Both the U.S. Surgeon General and the American Psychological Association recognize ABA as a best practice for children with autism spectrum disorders as well as adults with autism. These studies have shown that when ABA therapy is delivered consistently for 1-3 years, autistic children see improvements in intellectual and social functioning, as well as language development.

Myth #2: ABA is only effective for people with autism.

Applied behavior analysis is a powerful tool for helping individuals with all kinds of disabilities. In fact, ABA is used in a variety of contexts, including treating individuals with traumatic brain injuries. It has also been used in education, sports psychology, health and fitness, and in treating substance abuse disorders.

ABA can be effective in treating many conditions because it is based on studies on human behavior and how our brains react to stimuli. The goal of ABA is to teach clients new skills through positive reinforcement, which can be effective for anyone who needs behavioral interventions, not just those with autism.

People sometimes confuse the word "bribe" with the actual concept of reinforcement. With positive reinforcement, a reinforcer is provided after a behavior in order to encourage the positive behavior to occur in the future. In the ABCs of ABA, the reinforcer can be thought of as the "consequence," or the thing that happens directly after the behavior.

Bribing, on the other hand, is typically associated with a negative behavior, and occurs before the behavior happens. There is a significant difference between "If you are quiet during story time, I'll give you a cookie," and "You practiced active listening during story time, now you can have 5 minutes of free time."

Myth #4: Anyone can provide ABA therapy.

While it is true that anyone can utilize the concepts of ABA, only those with the appropriate credentials can provide this behavioral therapy in a clinical setting. To be an ABA therapist, one must be a Board Certified Behavior Analyst (BCBA), a Board Certified Assistant Behavior Analyst (BCaBA), a Registered Behavior Technician (RBT), or hold the appropriate credentials as outlined in the requirements for eligibility by the state where the person is providing services.

The foundation of ABA therapy is rewarding positive behavior, not punishing behaviors. While punishment may have been common practice as late as the 1950s, advancements in research have come a long way and have shown that punishment is not the most effective course of action for correcting a behavioral issue.

When we think of "behavior issues," we often think of children acting out in the form of tantrums, hitting, or yelling. But in the context of applied behavior analysis, the true definition of "behavior" is any action that a person does. It's the "B" of the ABCs of ABA.

So while ABA therapy can address the negative behavior issues we associate with the word, it also focuses on reinforcing daily living skills and social skills.

There is no "cure" for autism. ABA therapy aims to help autistic children and adults cope with their challenges and learn to live more independently. Applied behavior analysis is a powerful intervention for improving communication, socialization, and self-care skills, but the goal is not to "cure" people of their autism.

Research has shifted recently to early intervention as a focus, rather than finding a cure for autism. Many people who are neurodivergent argue that trying to cure autism indicates the need to take away their personality and a core piece of who they are as a person. ABA therapy, on the other hand, simply offers tools to help individuals become more independent and successful in life.

A job in the behavioral analysis field as ABA therapist can be a very rewarding career. If you think you might enjoy working with autistic children and adults, consider an MS in Applied Behavior Analysis from Pepperdine University. The degree program prepares students to become Board Certified Behavior Analysts (BCBA) and work with individuals with autism spectrum disorder, developmental disorders, or traumatic brain injuries (TBI).

With over 50 clinical practicum sites, students will get quality hands-on experience working in an ABA-based setting while they complete their graduate degree. For more information on Pepperdine University's MS in Applied Behavior Analysis, check out the curriculum overview here.