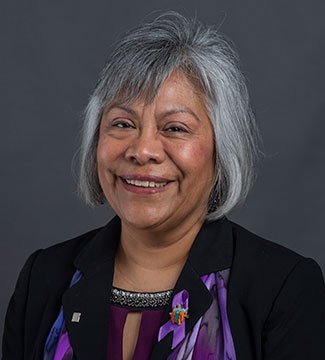 What does Hispanic Heritage Month mean to you?

"Latino Heritage Month is a time for all Americans to recognize the contributions of Latinos in shaping society in the United States. The month of September also coincides with independence day celebrations across Latin America. Countries such as México, El Salvador, Guatemala, Nicaragua, Honduras, and Chile among others, celebrate their freedom from colonialism. Thus Latino heritage month now symbolizes how much Latino culture is 'American' culture and that our country has grown because of the traditions, culture, and language that Latinos brought with them and are now seen as native to our nation.  Take, for instance, Día De Los Muertos and Cinco De Mayo, traditions that have become heavily commercialized in the United States, but have roots in traditions and celebrations that originated in México and across Latin America.  For me, Latino Heritage Month is an opportunity to help schools highlight how much our Latinx students need to hear and see the stories of Americans whose families have roots in Latin America where parents and in some cases, great grandparents came from and how much better we are as a nation because of their contributions. Julia Alvarez, Cesar Chavez, Dolores Huerta, Roberto Clemente, José Moreno Hernández, Ellen Ochoa, are now part of our collective American History, and that in many ways it is a history that is still being written by the Latinx artists, scholars, scientists, public servants and others of the next generation".

"While the data says Latinos have grown in numbers, a 51% increase from 2010-2020, according to the census data, Latinos continue to be underrepresented across many fields. The entertainment industry recognizes how it failed Latinos and while Latinos are moving into leadership roles in politics, they are still severely underrepresented for the population they serve.  Since I work with school systems, the largest concern for many of our educator partners is that given the number of Latinx students in the TK-12th pipeline, and because Latinos are a young population, schools need to be concerned with the success of all our students, but particularly the largest ethnic group of students in our classrooms.  Short of this, we will suffer grave economic and social challenges in the future.  Just look at how disproportionally COVID affected Latino families and other communities of Color.  So we need to continue to provide economic prosperity to all of our underserved communities, and education is definitely key in that process".

How do you envision Hispanic Heritage progression?

"I see Latino heritage experience growing, not just because of our presence in numbers, but also because in the US another 20 million Latinos identify with more than one race on the 2020 census, up from just 3 million in 2010. This means that we are a patchwork quilt of many colors and experiences.  We are a part of this beautiful culture that is so varied across the united states.  While Mexican descent families are represented in large numbers across the southwestern United States, Puerto Riqueños and Cubanos, among many others, represent much of the Latino diaspora on the East Coast.  And, it is forever changing, as we see Latinos growing in the MidWest.  I think of the future of Latinos in the US much like what has happened in my own family since my parents immigrated here, in 4 generations, I have nieces and nephews that identify as mixed, trilingual (Farsi, Español, and English), and 'all of the above' loving on their Latino heritage!"