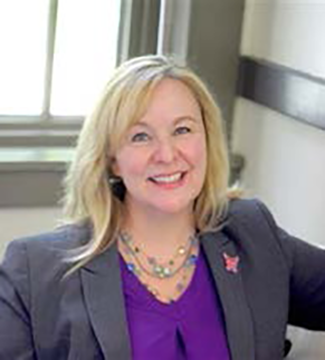 Dr. Scheckel was named the 2017 Most Promising New Administrator by the Association of California School Administrators Region VX. Since 2015, she has served as Assistant Principal of Marshall Fundamental Secondary School, where she led the Academy for Creative Industries, the college and career pathway program. She was previously the K-8 curriculum resource teacher at McKinley School. From 2011-2015, Ms. Scheckel was coordinator of the International Baccalaureate Middle Years Programme at Blair School and served on the team that brought the dual language immersion program to Blair. She began her teaching career at the Los Angeles County High School for the Arts (LACHSA) in 1999 and joined PUSD in 2007 as an English and Music teacher at Blair School.

Ms. Scheckel has a bachelor of arts in vocal performance from California State University, Los Angeles, a Master’s in Cross Cultural Education from National University, and a doctorate in Educational Leadership at Azusa Pacific University.